Highlights of my tour of Bristol so far –

Barney from Redland Green bought the book, read it in two days, talked about it to his family, and then started reading it again.

Three children from Bristol Met wrote reviews:
‘Your book was great. It was funny and serious.’ Rahimah
‘HACKED is a modern book with a 21st century plot.’ Regina
‘A good read all round.’ Cameron

A girl from St. Bede’s taught me about pathetic fallacy. One of the boys couldn’t believe he lived in the same road as the main character in my book.

John Cabot Academy were full of beans, despite our session being first thing in the morning. There were so many hands in the air we could have filled another hour. 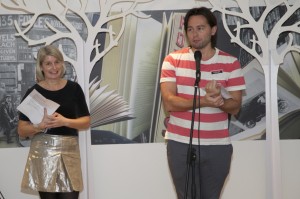 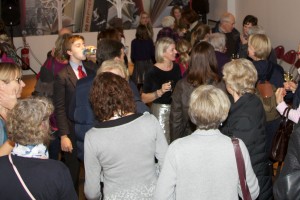 I wore a silver skirt that I bought in a charity shop. Robb Norton, the go-to man at Foyles, organised the space for me, introduced me and coveted my skirt. 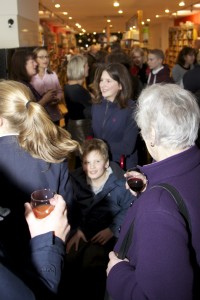 Kath was the first guest.

We had wine, Maltesers and flying saucers – they were a tribute to the drones in the story. I gave a wee talk. 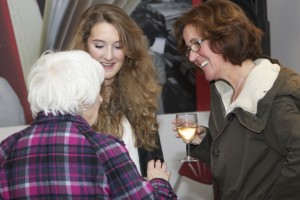 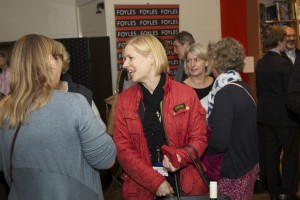 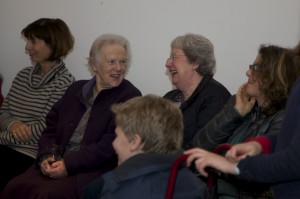 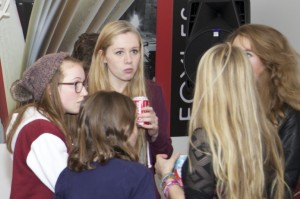 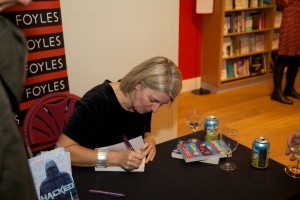 The best gags were the one about hacking a toaster and my excruciating tale about writing about teenage fumblings.

I read Chapter 4, because I like the last line.

“If I could time travel, I’d nip back and warn myself – stay away from Angel.”

The only person to heckle was my husband. He was also the cameraman. My sister was the wine waiter. Maya was in charge of sweets.

The people who helped me write HACKED – James the hacker, Mike the judge, Seal the brain, Rob the logician, Felix the sceptic, Honor the meticulous, Jess the steady one and the three ugly sisters – Amanda Mitchison, Rebecca Lisle and Christine Purkis aka writing group – were all there. (James asked not to be identified.)

Oscar the plotter was missing in deepest Cornwall.

There were three school librarians – who came to check me out before letting me loose on their kids.

We sold all but four books.

I signed copies for lots of children that  read the Tribe books but are now at secondary school and ready for teenage stuff.

I used a purple pen bought from Harold Hockey – that awesome Bristol shop.

The last people to leave were Jo and Liberty – they also bought the most books!

We trooped to Giraffe afterwards and ate Mexican burgers.

Good job, as Angel would say. 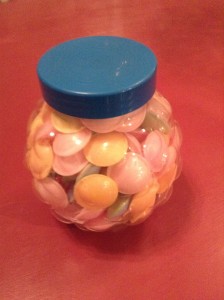 I’m running my first HACKED event tomorrow at Redland Green School and I have a secret weapon. Flying Saucers. It was the closest I could get to drones. There’s another link, actually. Gary McKinnon was nearly extradited to America because he hacked the US Military looking for evidence of UFOs. His experience got me thinking. What would the US government do to a boy who hacked a Predator drone carrying Hellfire missiles? The answer’s in the book.