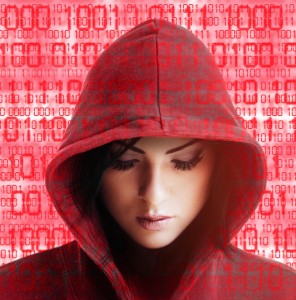 Very pleased with this review on http://www.darkmatterzine.com/

A review by Nalini Haynes.

Dan Langley is your typical 16-year-old geek except for his affinity with code. He goes down the rabbit hole to get an adrenaline rush from hacking, escalating his exploits on a dare from Angel, another hacker he only met online. Before he knows it, Dan has hacked the US military network and might be complicit in the theft of a strike drone.

From script kiddies to the dark net, Counter Strike to Starcraft II, Tracy Alexander knows her stuff. Like in other hacking movies (Wargames, Hackers) the mechanics of hacking is glossed over. The current era of wikileaks and US extradition with threats of Guatanamo Bay-style treatment of prisoners is prevalent with mentions of Edward Snowden and Julian Assange among others.

Hacked should be compulsory reading for all teenage computer geeks, many adult computer geeks and all parents of teenage geeks. Because one book speaking the language trumps lectures from a “dinosaur” every time. When my son was at school, script kiddies regularly dumped the school printers’ ink, which was hilarious until you need to print an assignment and all of the printers are out of ink. [My son knew if he was one of those script kiddies and he was caught, he was banned from the computer for the rest of high school. >:-]

I’m giving Hacked five stars for voice, plot, pacing, relevance and currency. Read it. Pass it on. Make sure it’s in all the libraries in all the schools. Kgo.

ReviewAs someone who has spent the vast majority of my life near a keyboard, mouse and monitor it’s probably no surprise that this book appealed to me. And appeal to me it did.

Hacked is the story of Dan whose life online got him rather more than he bargained for. He got involved in something which progressively found himself digging bigger and bigger holes for himself.

So, lets instead talk about Dan, I can so easily see how he got himself into the mess to begin with and I loved watching it unravel. There are moments that he shows himself to have a true strength of character. Where he’s in a position to make decisions – decisions where neither outcome is a particularly happy one – but where one is probably what he should choose. And yes he has to decide because to do nothing in this case is making a decision too!

I really liked the unusual way Tracy used usernames for characters (particularly Angel) which we only meet online – not always revealing their real names, shrouding the place in secrecy which makes the twists and turns much harder to spot. It leaves you never really sure about each characters motives which moves me back onto Dan…

Because as much as Dan had a strong strength of character he did seem to dig himself into the hole without too much help. Considering how bright he must be to crack the hacking puzzles it does seem that maybe, just maybe he was a little too trusting.

Oh and as an added bonus you do get a little peak at Bristol as this book is mainly set here – just saying!

Overall, Hacked is a thrilling and fast paced story which won’t take long to take hold and leave you begging for more. Don’t dismiss it just because you think hacking is boring or uninteresting – this book might just surprise you

What better way to celebrate World Book Day than to describe those moments when writer meets reader.
The first question, often, ‘Are you rich?’
I shake my head, apologetically. The disappointment is mutual.
‘Are you famous?’
‘You mean like David Beckham?’
‘Yes.’
‘No.’

I search for redeeming qualities. Hard-working, enthusiastic, kind – they’re not going to hit the mark. As I can’t be rich and famous, I opt for the complete opposite. I am ordinary, I tell them. I don’t have a special part of my brain that makes up stories. I get it wrong. I give up. I get bored. I have another job because I don’t earn enough to keep a rabbit. I eat Marmite.

Bizarrely, they like this. In the first five minutes I have gone from alien-being-that-by-magic-brain-dumps-entire-book-without-trying to real person. A small leap of logic and that means everyone in the audience could be a writer too. Is it wishful thinking or does the room decide to pay attention after all? 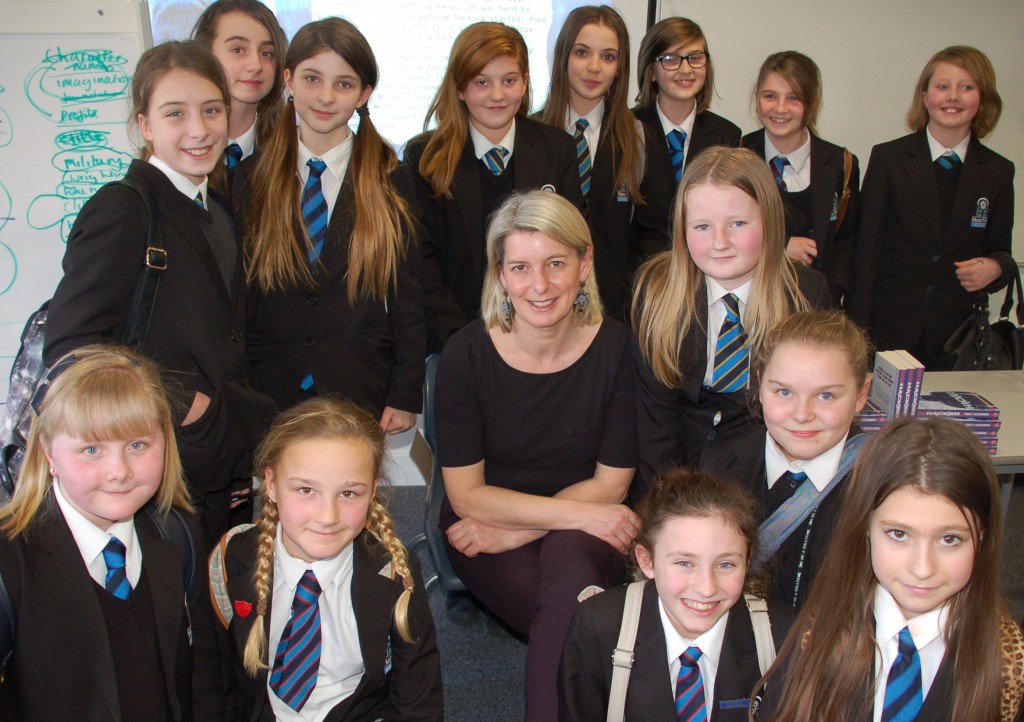 Yesterday, I was with 90 Year 7s at Hans Price Academy. There were little groups within the classroom that may as well have had labels – earnest, excited, looking forward to the bell, disruptive. My goal is always to get the ones that could scupper the session to instead make it better. It’s intensely satisfying if the shouter-out ends up shouting out something brilliant, or insightful, which is what happened as my hour was nearly over. We were talking about viewpoint when, a child I wasn’t sure was even listening, succinctly captured the joy of writing in the first person. *grins*

After the session I signed whatever scraps the Year 7s could find for me to write on and, as usual, had to refuse to give away my books despite the pleading faces.

I may not be rich or famous, but for five minutes after a school visit I feel I am both.

When I had the idea – or rather when James the hacker had the idea – that my character might hack a drone, I had a very rough picture of what a drone was. A thing that flew around snooping, or a toy for a well-off kid. It didn’t take much research to realise that drones are crop-sprayers, wildlife trackers and, much more menacingly, killers. Quite how they kill is fairly brutal, as is the number they accidentally kill. The writers’ cogs started to whir.

While I was writing, drones appeared on BBC Radio 4’s Today programme  every week – flying over football matches, nearly colliding with aeroplanes, delivering Amazon parcels, annoying the CAA (Civil Aviation Authority). In Alabama, you can get a licence to hunt drones – if they dare to buzz over your land.  Gosh!

After I’d delivered the book – not by drone – and the proofs had been handed back, the new Homeland series started with (SPOILER) a drone strike on a wedding party in Pakistan. I mention a similar event in my book. Did we both happen upon the same idea? No. It’s a well-documented true story, that we both adapted.

I’ve been visiting secondary schools with my new book, Hacked, talking about hacking and drones and hard decisions. Dan, my hacker, appears at first to be making poor choices, but – hopefully – the readers’ sympathies are firmly with him. Whether there is any sympathy with the drone pilots, pulling the trigger from thousands of miles away, I don’t know. They hardly feature. What I do know, when I describe the way the unmanned aerial vehicles roam, armed with Hellfire missiles, is that all the kids in the audience that like gaming (most therefore) think it sounds brilliant. Understandable, because it mirrors their own experiences. The pilots – despite the label – don’t leave the ground. They sit looking at a heads-up display full of data with a controller at the ready, coffee by their side I expect.

I’ve changed the way I talk about the ‘drone wars’ because of the reaction from the audience. Leaving any shred of an idea that a drone operator would be a cool job would make me very uncomfortable.

Dan, my hacker, could have just as easily hacked the International Space Station, or his local cinema. But I didn’t want to trample on Mars and Dan isn’t that fussed about the whole film thing. That’s the trouble with characters, they do their own thing.